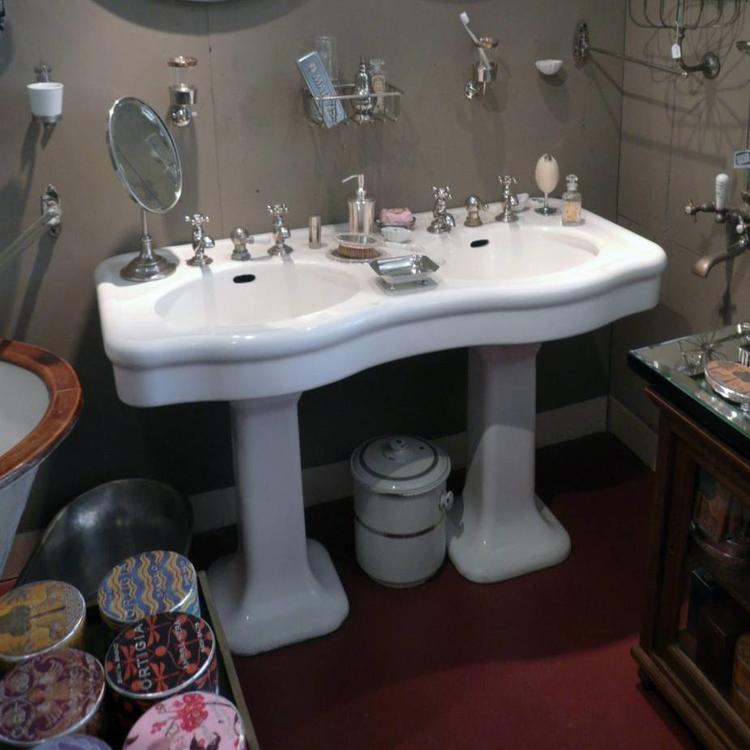 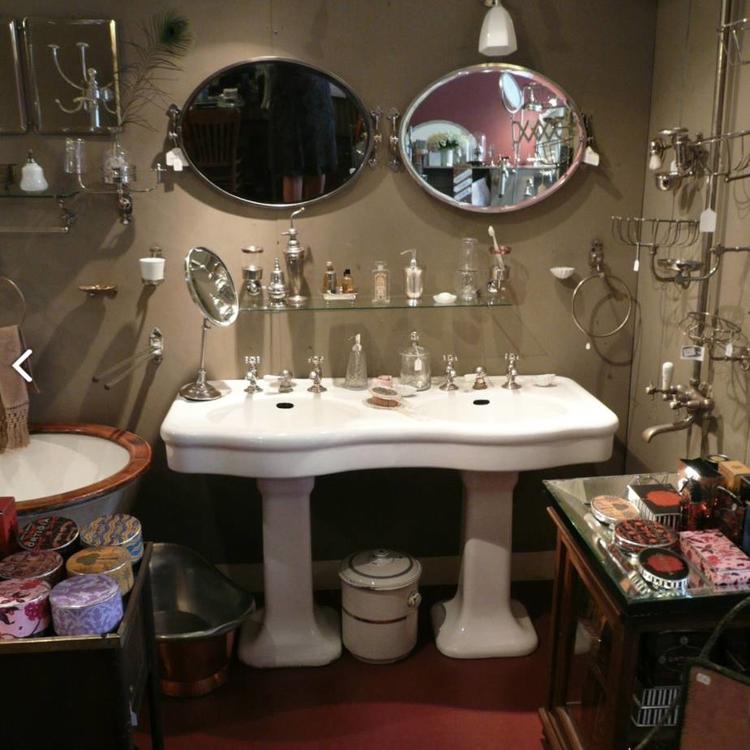 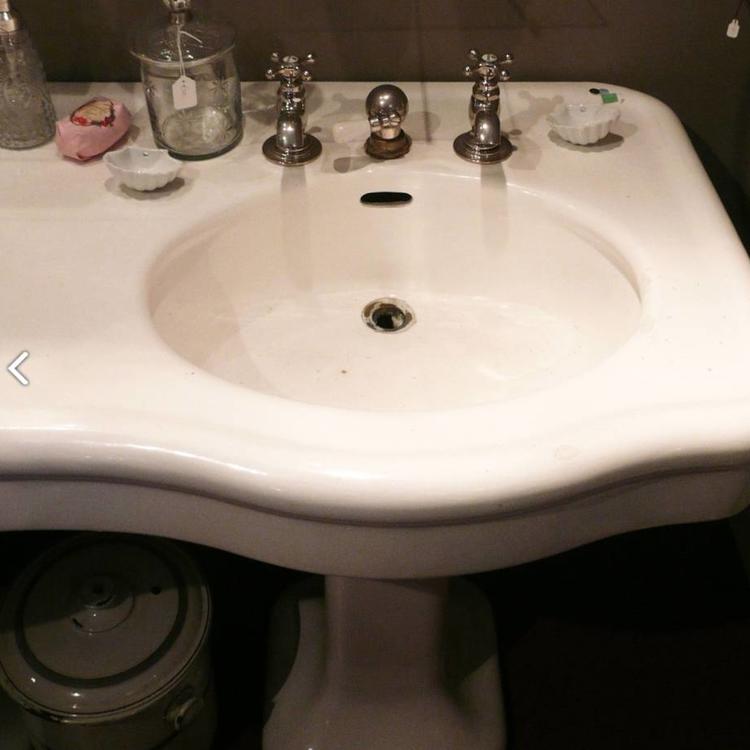 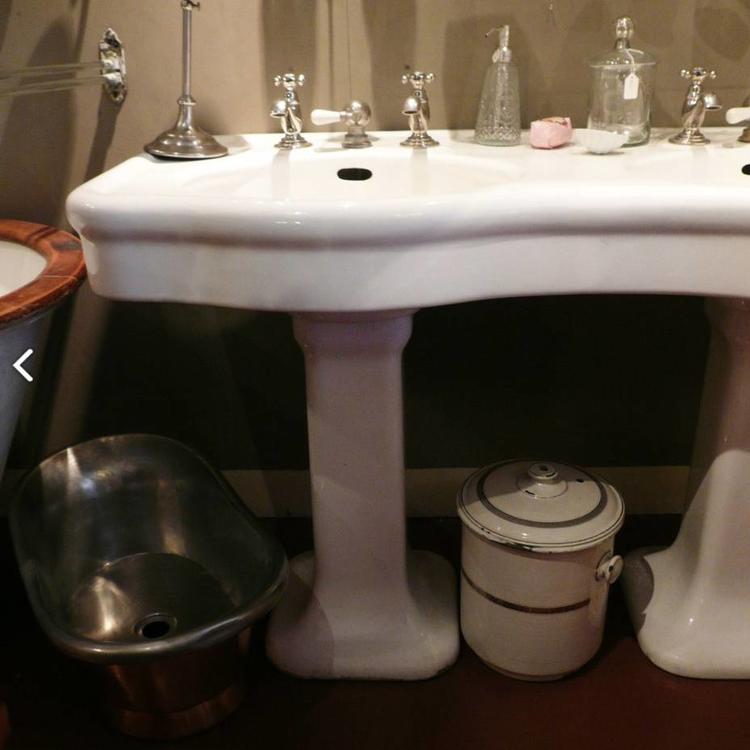 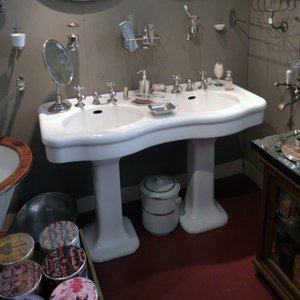 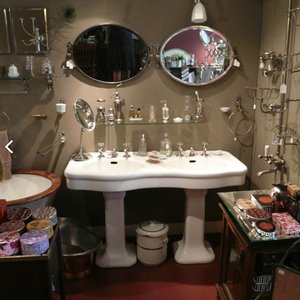 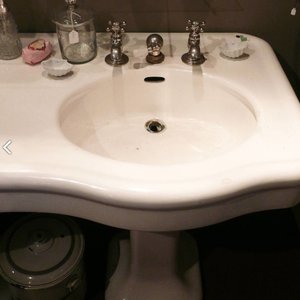 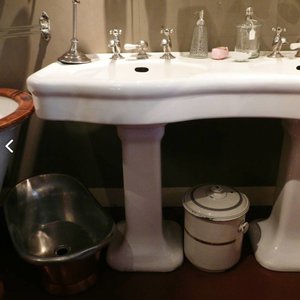 Double Art Nouveau washbasin on two pillars. This basin was made around 1915 by the firm Porcher. Customers could chose between two pillars or corner legs. The version on two pillars was less popular and has become very rare. The syphons are invisible behind the pillars.

The price of this double washbasin doesn't include the taps. The most beautiful solution is to combine this basin with four separate taps, two for cold and two for warm water. To create the effect of a mixing tap you can install a small thermostat so the water from the warm water taps will always have the right temperature. This way you will have the advantages of a mixing tap but you will keep the authenticity of the washbasin.