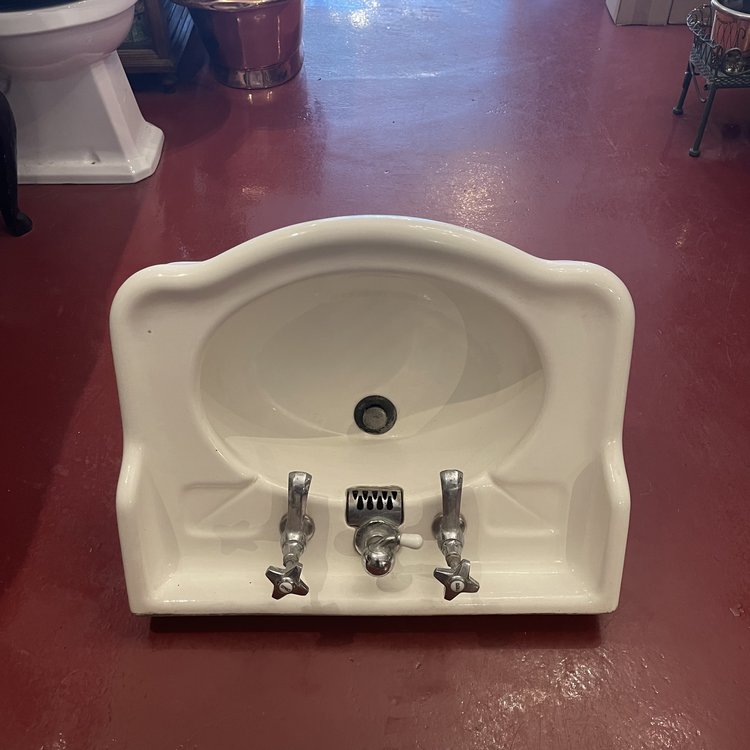 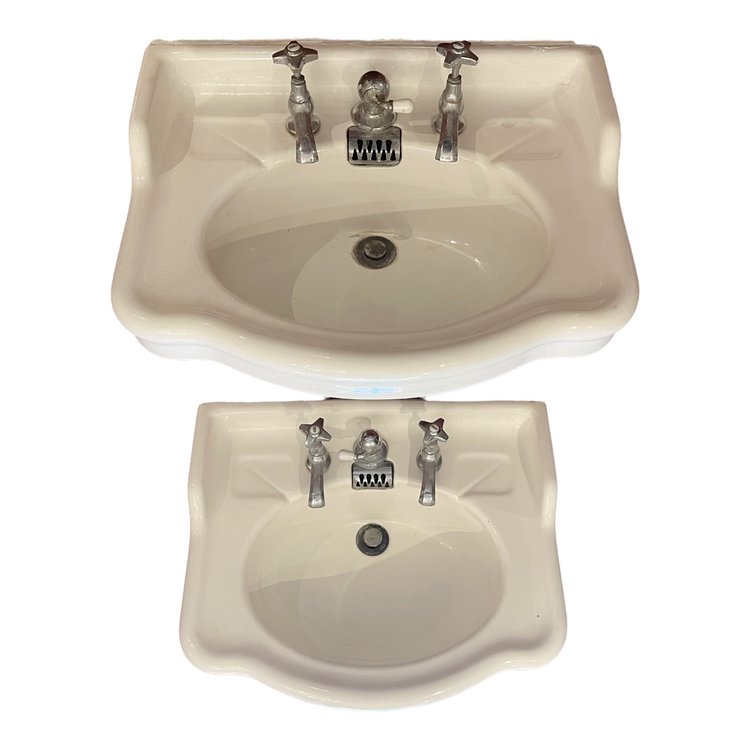 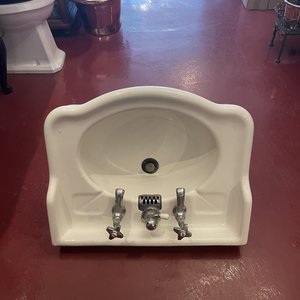 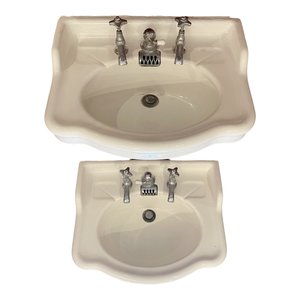 €895,00
Set of two antique washbasins made around 1900 with a beautiful design. Equipped with the original antique taps. A beautiful set of 19th century washbasins to hang.
In stock
Description

A set of two antique washbasins made in France around 1900 by the Porcher firm. Equipped with two antique taps for hot and cold water, but these could be replaced by new models, a mixer tap as a bridge tap is also possible.

The washbasins are both in good condition and equipped with the original overflow systems. They come from a stately mansion in Honfleur.

The washbasins are intended to be hung on the wall, but they could also be built into a cupboard or placed on a base.

Both washbasins are in good condition, which is special because with double washbasins, one of the two is often used much more and therefore often shows more wear. That is not the case here.