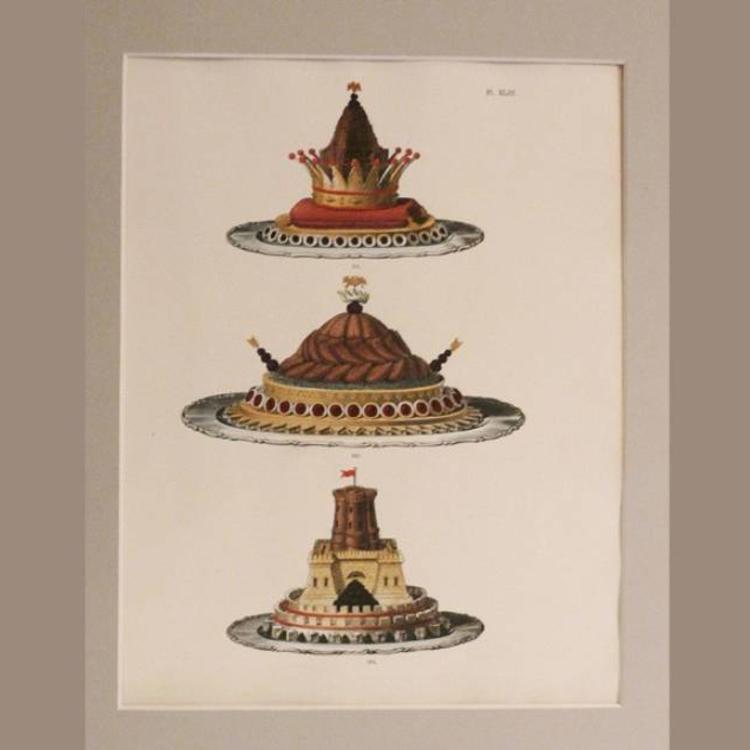 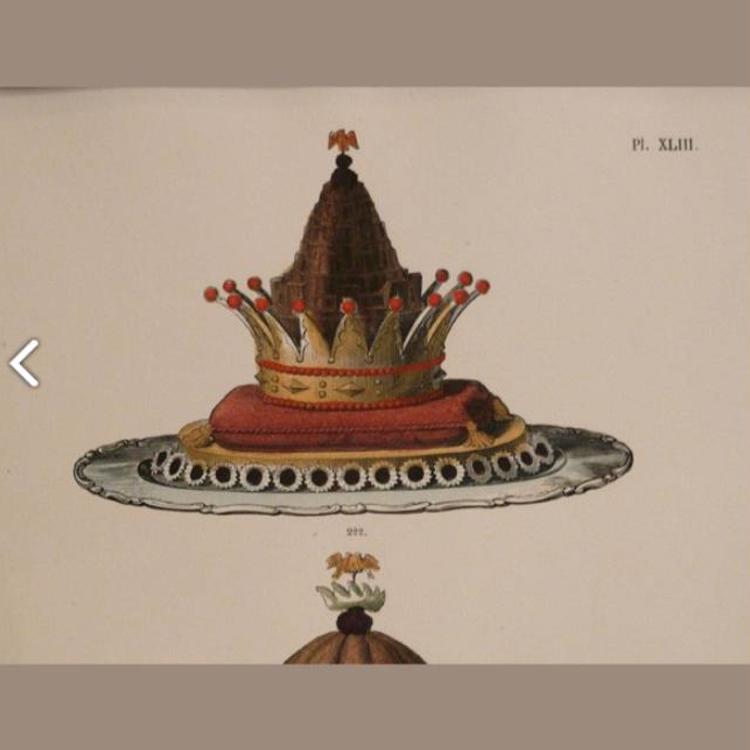 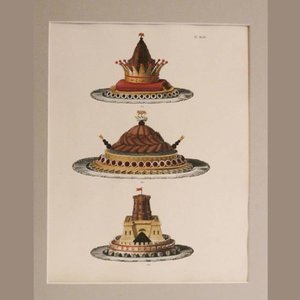 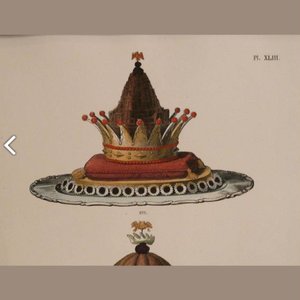 In this print we see architectural creations, dishes that also contain uneatable elements.