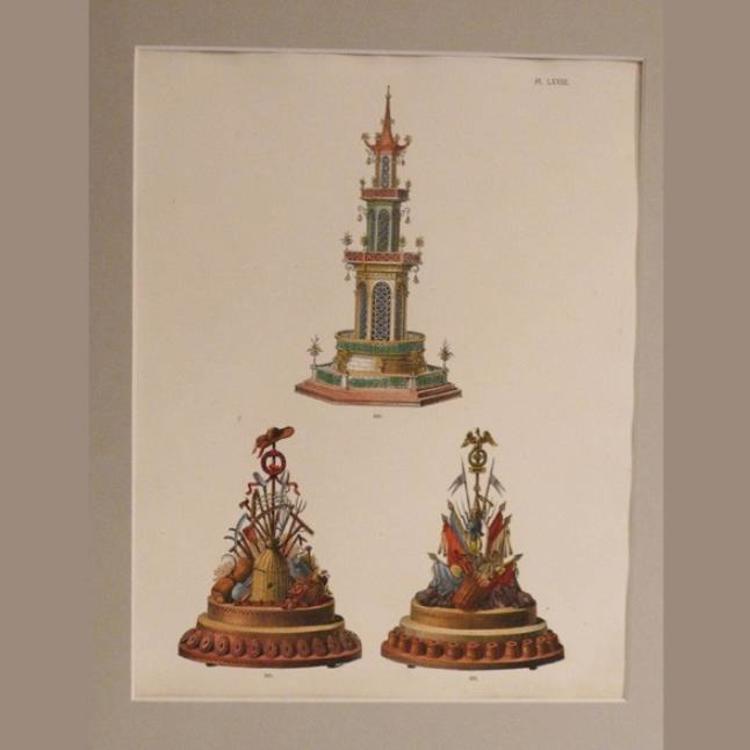 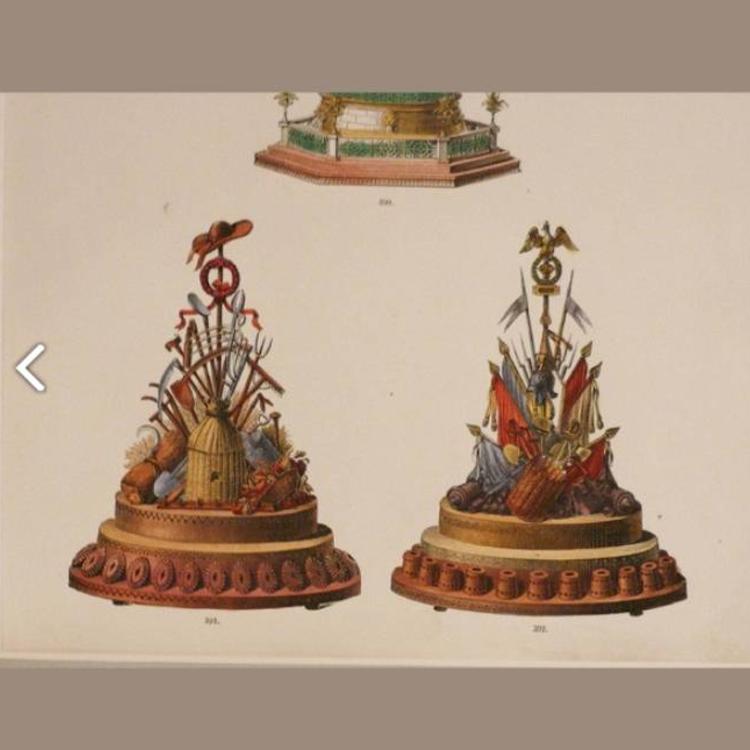 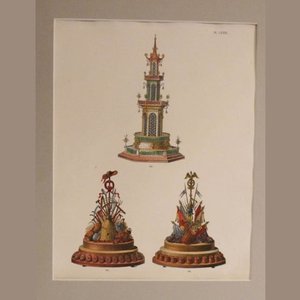 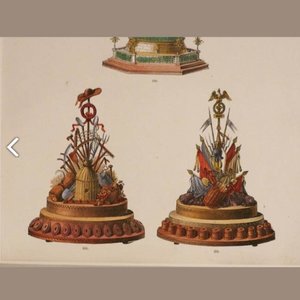 In this print we see architectural creations, several decorations to embellish a banquet.