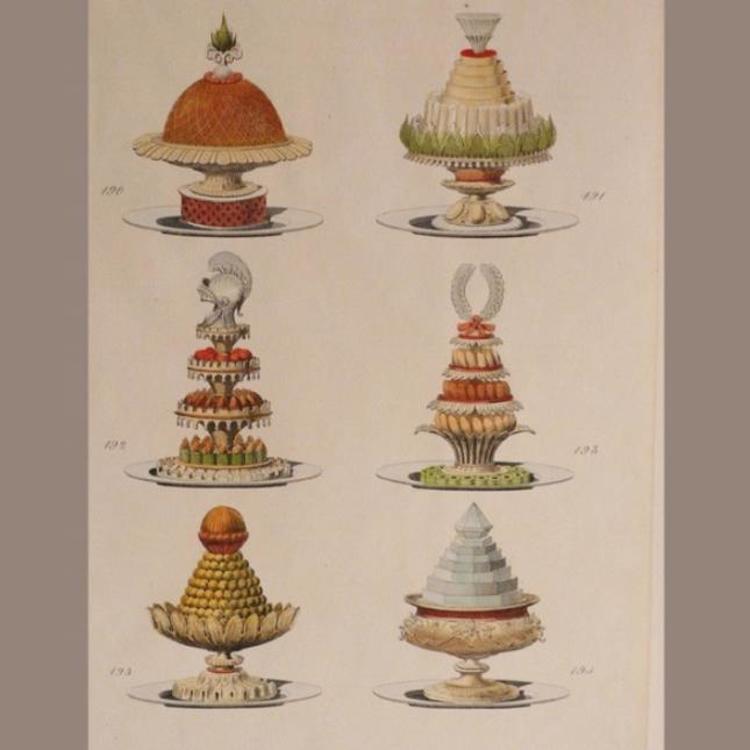 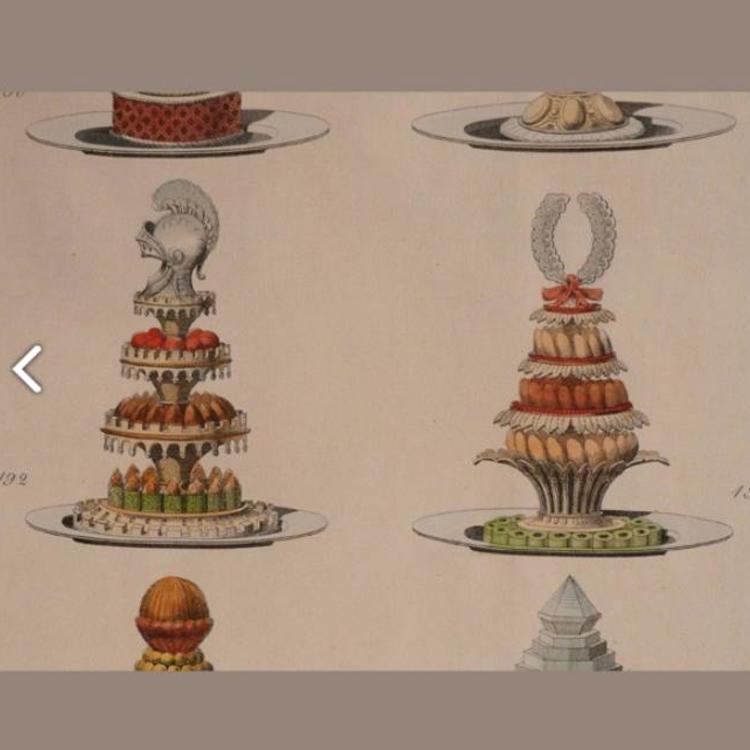 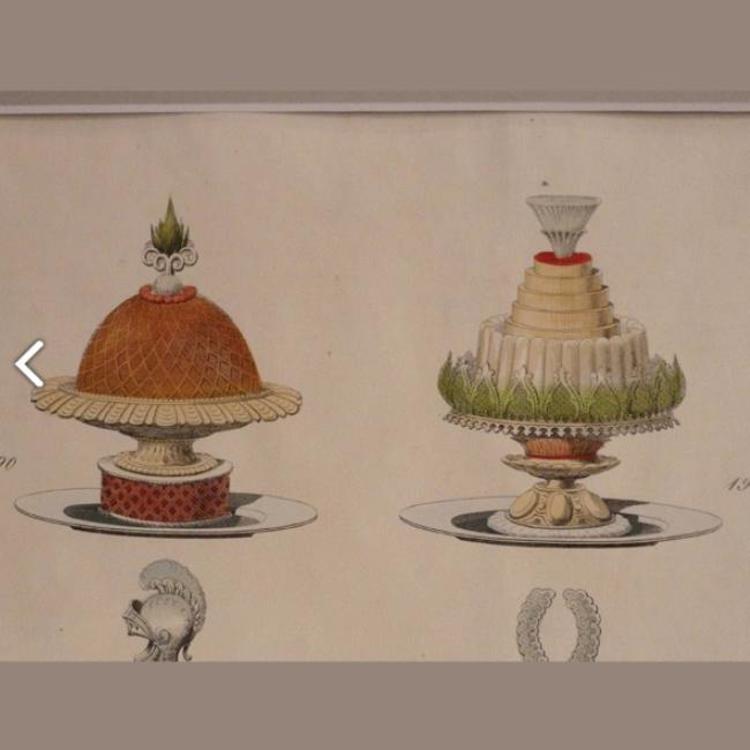 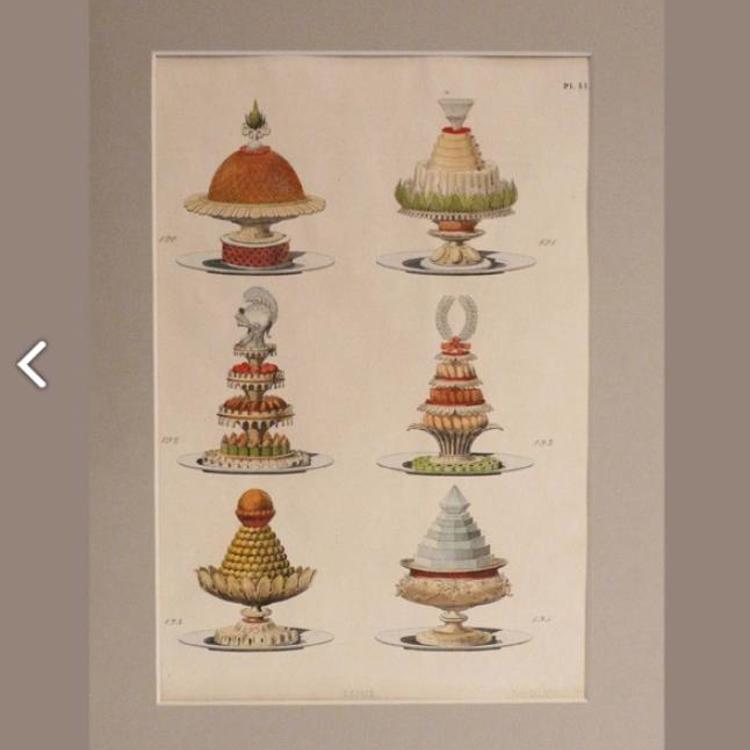 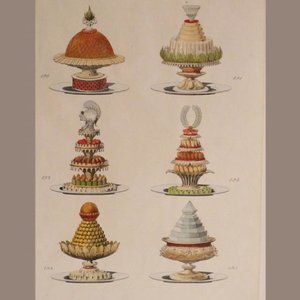 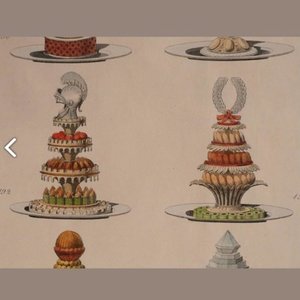 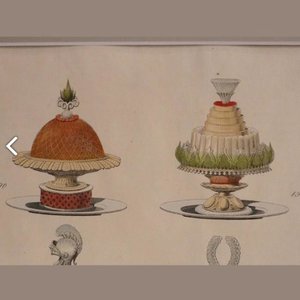 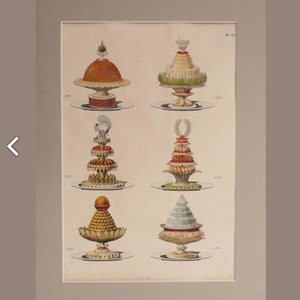 In this print we see architectural creations, several desserts on high sockets, the so called Pieces Montees.