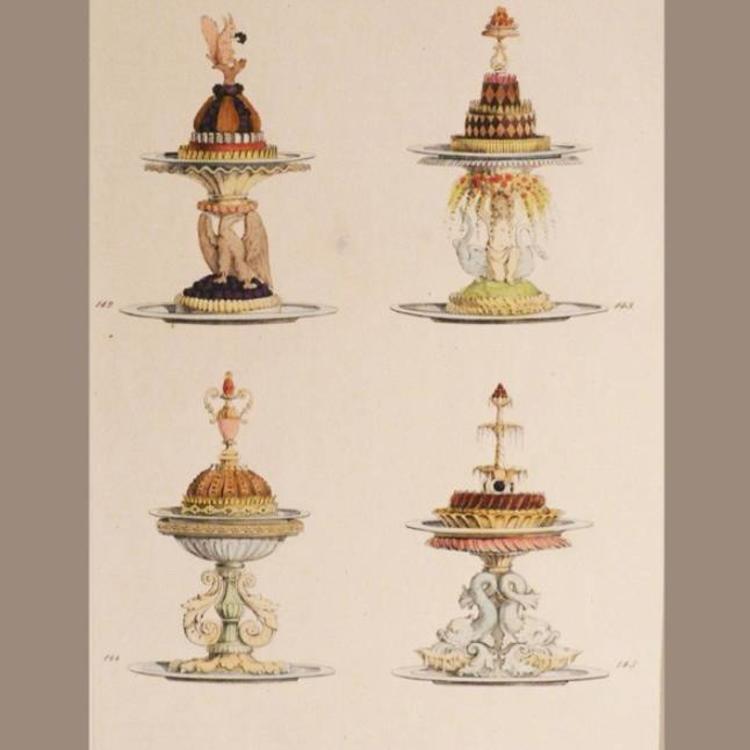 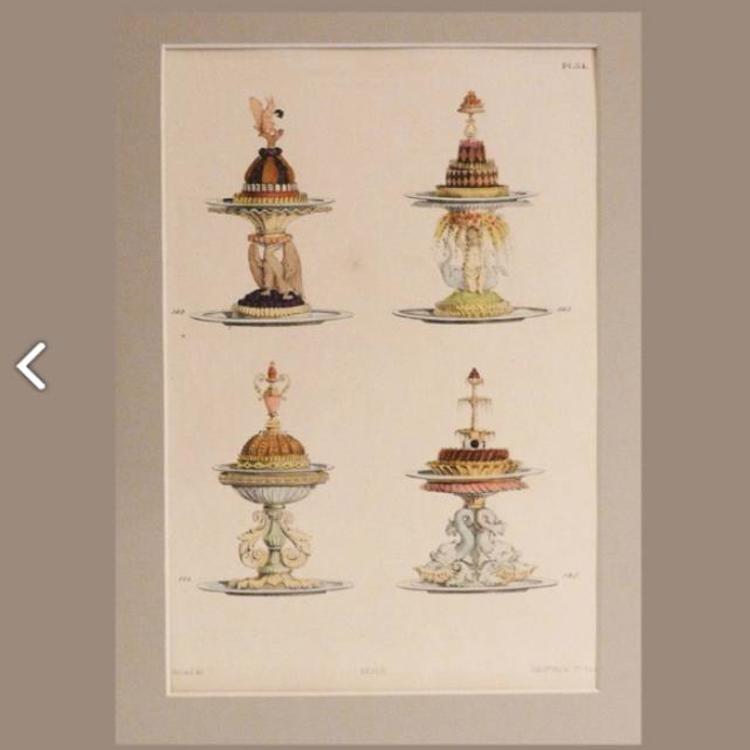 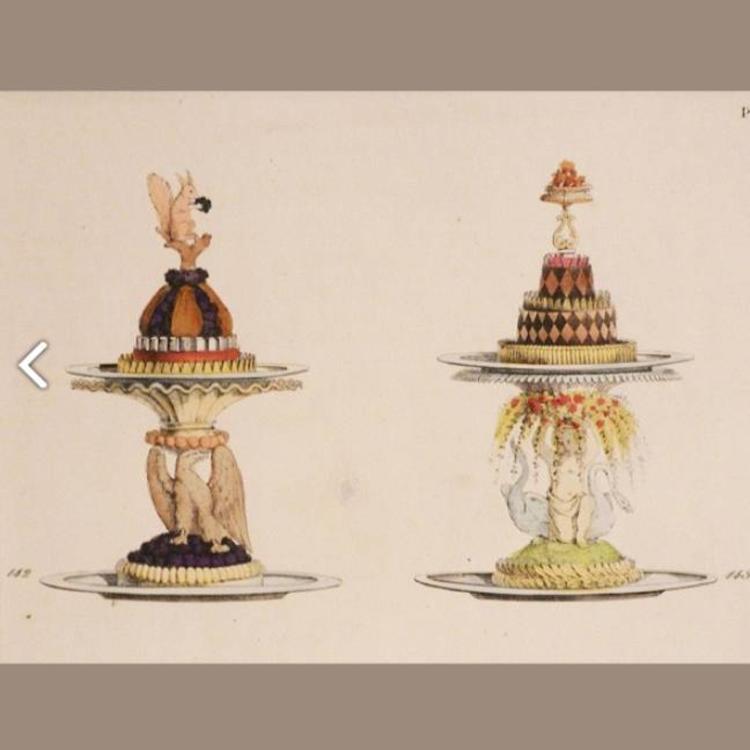 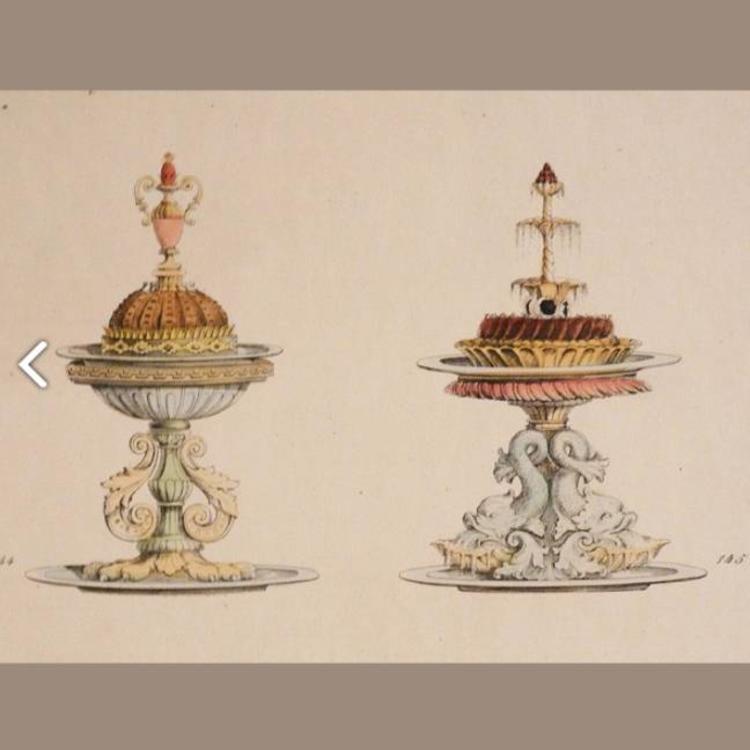 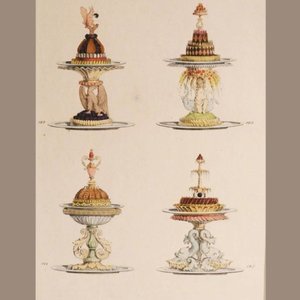 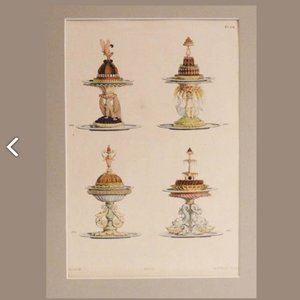 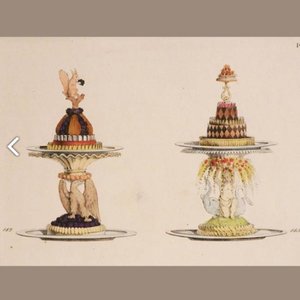 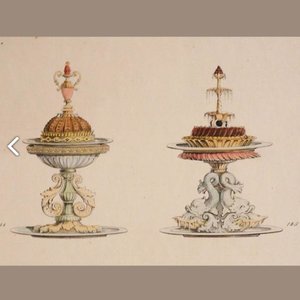 Urbain Dubois was famous for his architectural creations, the exuberant presentation of his dishes. While he was working in the kitchen of Prince Orlov in St Petersburg he got acquainted with the so called 'Service à la Russ'. Not all dishes were placed on the table at the same time - which was the custom in France with the 'Service à la Francaise' - but already portioned dishes were presented and served in several courses.

This print shows us various desserts on high sockets.